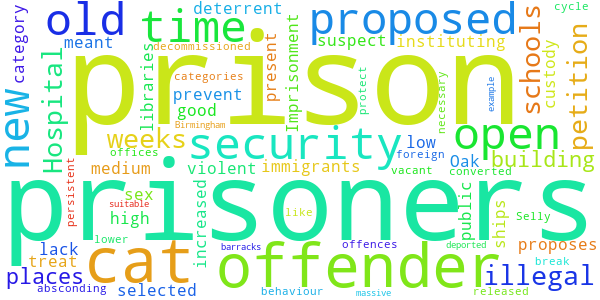 The present categories of prisoners are cat. A (high security), B (medium security), C (lower security), D (open prisons). This petition proposes a new cat. Z prisoners, not be released until deported. The lack of prison places meant that even those offenders that should be in custody are not. Imprisonment is necessary for some offences, as a deterrent, protect the public, break/treat the cycle of behaviour, to prevent an offender/suspect from absconding, etc. Prison places can be increased by instituting P/T open prisons, perhaps two weeks in prison, two weeks out for selected prisoners (but not for violent, sex offenders, persistent offenders, illegal immigrants), full-time/part-time open prisons in schools, old barracks, vacant buildings (like offices, libraries, old hospitals, schools, ships). The massive decommissioned Selly Oak Hospital in Birmingham is a good example of a building suitable to be converted into a P/T prison for the new cat. E prisoners proposed in this petition.