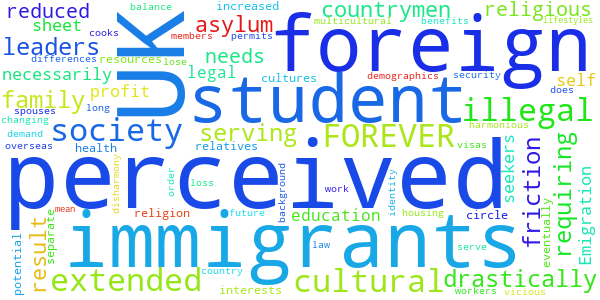 Emigration should be drastically reduced

Emigration should be drastically reduced

A multicultural society does not necessarily mean a harmonious society. As long as there are perceived differences in ‘cultures’ and ‘religion’ in a country, there will be separate lifestyles and hence potential disharmony and friction.

Whatever the perceived benefits of foreign workers (illegal or legal on work permits), asylum seekers, illegal immigrants and students (on student visas) to UK, on a ‘profit and loss’ balance sheet, UK eventually lose as a result of the increased demand on resources for health, education, housing, law and order by such immigrants (and their extended family members). Immigrants in the UK would serve their own self-serving perceived cultural needs in UK (thus requiring more foreign cooks, spouses, their religious leaders, etc), as well as those of their extended overseas relatives’ & countrymen’s interests first. Thus a vicious circle and changing the future demographics, identity, cultural background and security of UK FOREVER.