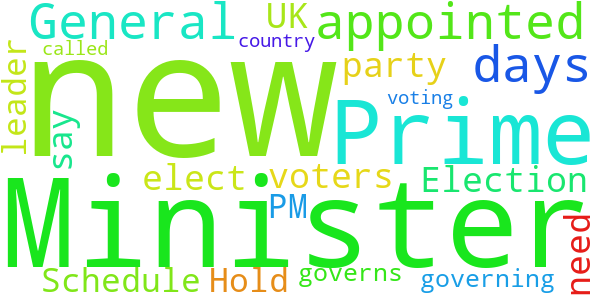 Schedule a General Election within 100 days of the new Prime Minister being appointed.

The Government responded to this petition on Friday 4th November 2022

The Government continues to hold office as it commands the confidence of the Commons from the General Election 2019. The Prime Minister has committed to deliver on the mandate earned in that election.

The United Kingdom is a Parliamentary democracy, not a Presidential one. Following the general election of December 2019, Members of Parliament of the governing party (the Conservative Party) were elected such that there is a majority in the House of Commons and a Conservative Government which commands the confidence of the House. This remains the case. A change in the leader of the governing party does not trigger a general election – this has been the case under governments of successive political colours - including the change in Prime Minister under the last Labour Government in 2007.

The Dissolution and Calling of Parliament Act 2022 provides that Parliament is automatically dissolved five years after it first meets (unless it is dissolved sooner), otherwise the timing is a matter for the incumbent Prime Minister, who can request a dissolution of Parliament from the Sovereign.

In his speech of 25 October 2022, the new Prime Minister set out that His Majesty's Government would deliver on the mandate earned in the 2019 election, including the promises in the 2019 manifesto - for a stronger NHS, better schools, safer streets, control of our borders, protecting our environment, supporting our armed forces, and levelling up and building an economy that embraces the opportunities of Brexit.